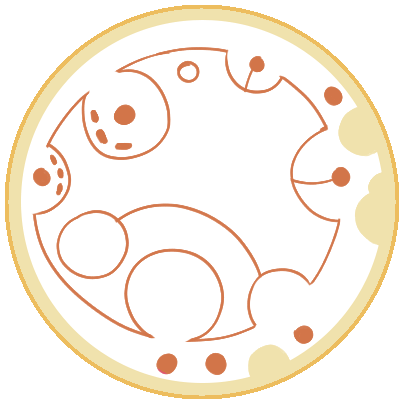 avatiatioderenda is a time lord, loomling to the prydonian chapter. after their 'birth' and exposure to the untempered schism, she was one of the time lords to be inspired - he spent years studying a wide variety of topics at the time lord academy, such as botanics, cosmic science, and spatial cartography. they spent her later years exploring the universe.

avatie in this iteration is very, very friendly; she's upbeat and will engage with nearly anyone. they enjoy taking charge, but generally because he's in charge of himself and not usually others. as a time lord, they're not especially attached to people, though they will be rightfully upset if they witness unjust treatment. 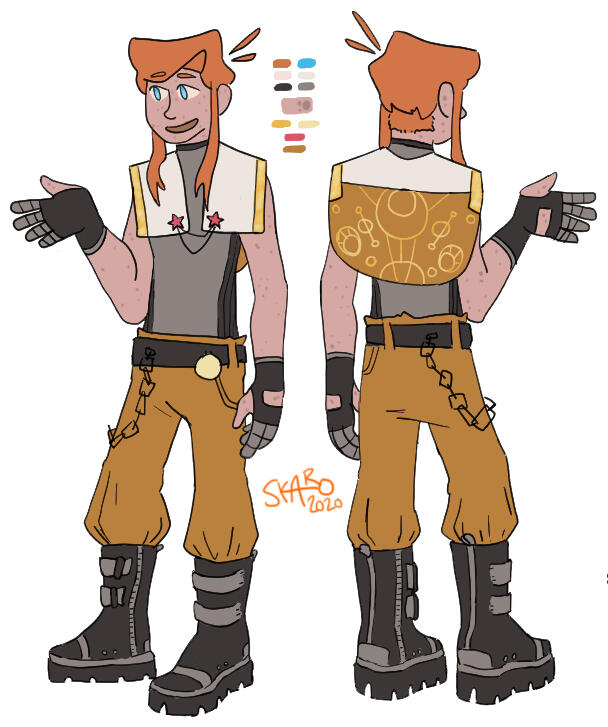 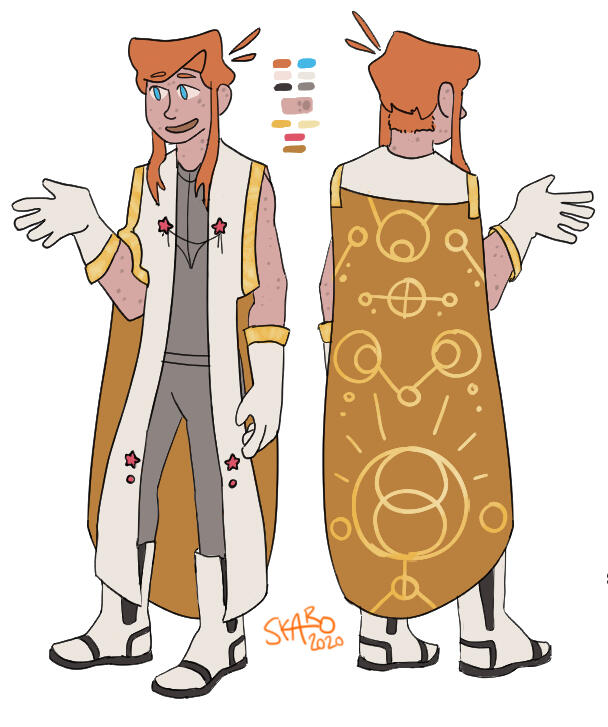 avery is an employee at the SCP Foundation. they enlisted to the military in with the promise of college, but instead was sent to war. when she returned in, he did get her promise of college fulfilled, and they majored in astronomy and astrophysics.

his senior project was a theory involving black holes and time travel. this research is what first got the Foundation's attention, and she was employed soon after. they continued his work and was permitted access to files such as 3200 and 2540.

avery has an odd ability to connect or predict information faster than others. it's rarely come up as useful, but on that rare occasion, the information he shared was proven to be right.

avery, as avatie, is still friendly. however, he's markedly less "warm" about it - although they treat people kindly, he doesn't form particularly strong bonds with people. she generally prefers to keep to himself, and is most likely to be found in their office if nowhere else. 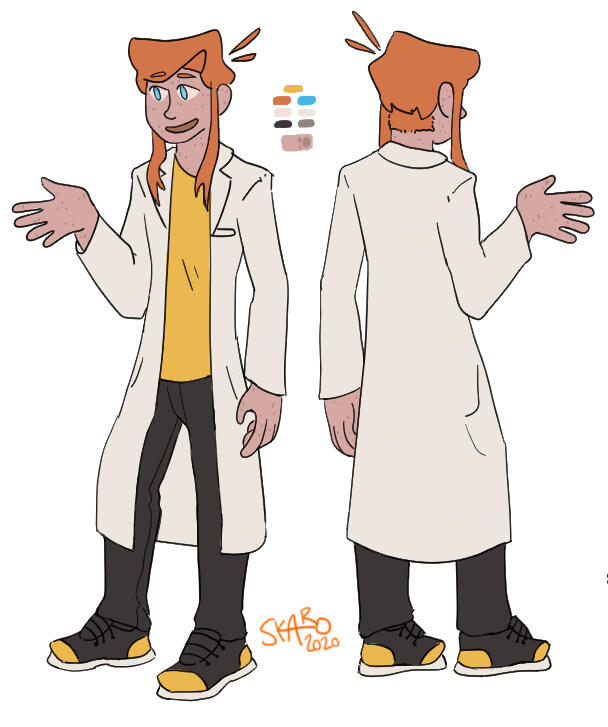 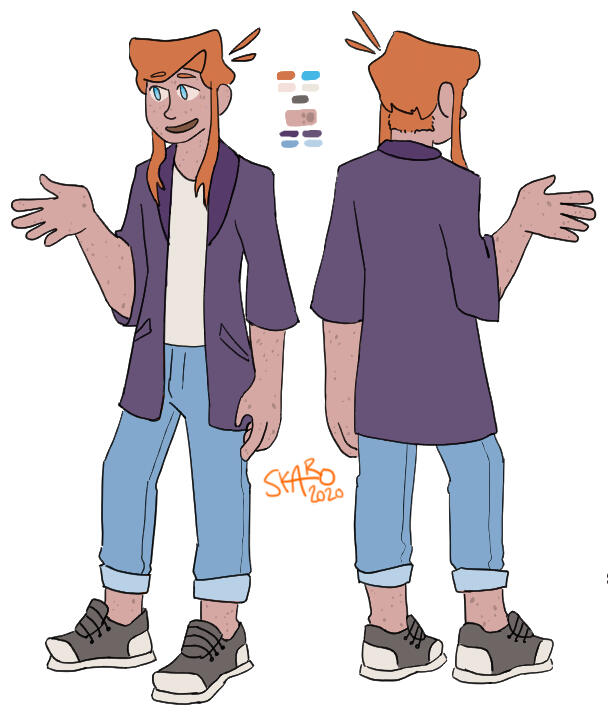 avery is a pre-war ghoul that is known to constantly wander across the commonwealth. he has a home in diamond city, but she prefers to spend time in sanctuary hills with preston garvey and the leftovers of the minutemen.

she is well-known in diamond city, as he sometimes holds lessons in the science! center about space and astronomy for the kids of diamond city. the kids mostly ignore the fact that they're a ghoul, while the adults were originally wary at first but have grown to at least accept her presence.

avery met mokushi when she was visiting the science! center one day. he had seen her around the diamond city market with a reserved man that none of the other residents knew very much about. mokushi told avery about him, and that she didn't like him very much. avery offered to help her get away from him and she was very eager at the opportunity.

the two of them left diamond city to get away from kellogg, but he eventually tracked them down to try to take mokushi back. avery ended up fighting and killing kellogg to keep mokushi safe, and the two of them now explore the wasteland together.

before the war, avery worked as a librarian and an astronomist. she is still endeared by both words and space, and likes to spend her down-time reading or stargazing at night. they enjoy travelling with piper the most, because they think she has the best conversation to give.

avery is somewhat sarcastic and snarky to people she doesn't know, having been alive for over 200 years. when the opportunity arises, however, he does try to help out. he prefers to be on people's good side, as she believes you can never have too many allies in the commonwealth.

they are very outspoken and to-the-point, which can get on some people's nerves, but in the end they appreciate the honesty above anything else. he is also good with words, leading him to be rather charismatic. 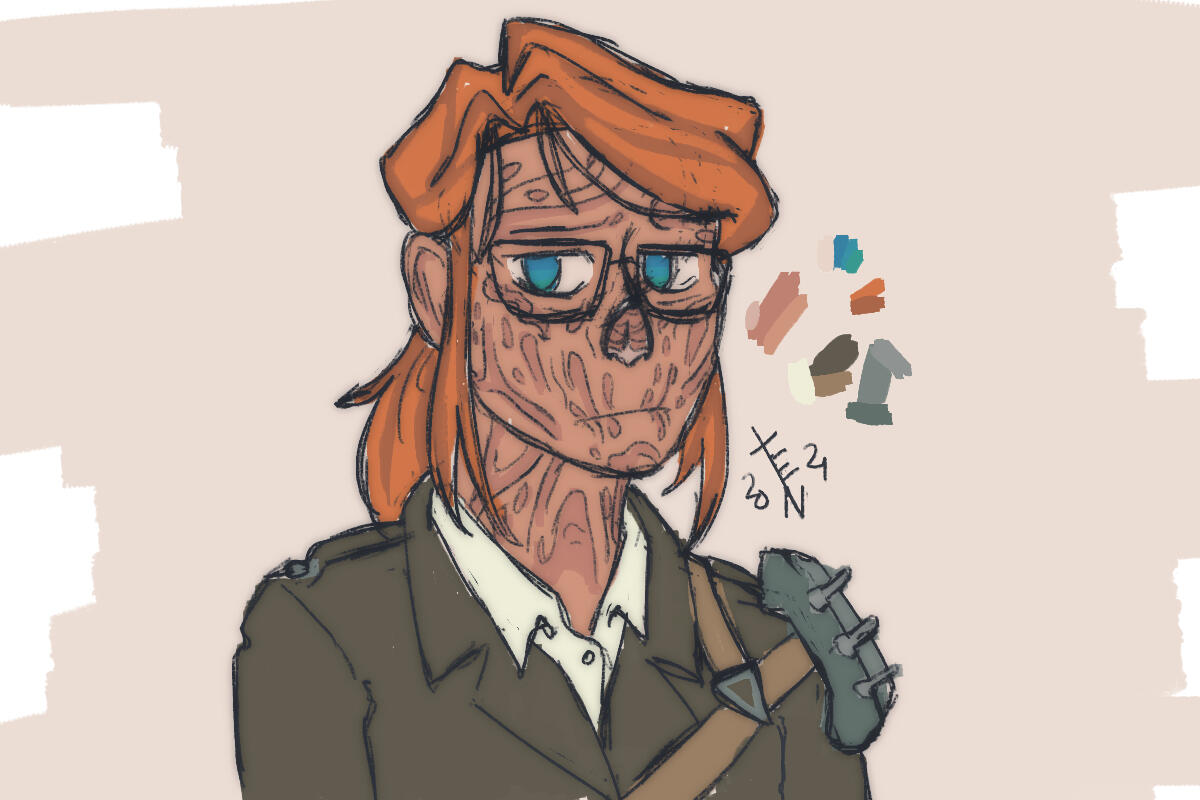 avery is a born-and-raised vault dweller, having been born two years after the vault door first sealed. they grew up in the vault and didn't have any idea what the world was truly like before the bombs fell. she spent most of her time working with and under the Overseer, taking his time to hone her conversational and diplomatic skills.

within just a few hours of leaving the vault, they quickly realized the post-war world was terrifyingly aggressive and ready to attack at every turn. when she found the wayward, he was incredibly wary of the owner and the people there, but over time grew to enjoy their company. duchess and mort are some of the very, very few people she trusts.

he also met and made friends with a settler wanderer named eva while exploring the wasteland. she chose to join avery on their exploration across the wasteland, sticking around and playing her guitar at their camp. avery cares a lot about her and appreciates her company.

they met mokushi when he was looting a raider camp one night. after she had taken out all of the raiders and was going around ransacking the place, he noticed mokushi moving to leave, trying to avoid them. avery told her to stop, confused that she hadn't joined the firefight trying to kill him. after they questioned her a little bit, he decided that she was no threat to him, and offered to have her join him on his adventures. she tentatively accepted the offer, and the two of them now explore the wasteland together.

despite her skepticism of the world and the people around him, she still chose to join the remaining responders in a hope to help out people who need it. there have been a few times that people (or robots) have tried to turn on avery when he was trying to help them. those people very quickly learned that just because avery seemed tentative and aloof, did not mean that she wasn't prepared for the worst.

he is partially blind in her right eye, scarred from a fight with a deathclaw. they experience photophobia and have poor perception due to it, and thus tends to opt for melee weapons instead of ranged. they get incredibly annoyed at gunfights, as the sights and sounds of gunfire causes her to have migraines which he hates dealing with.

avery is incredibly skittish and wary after being subjected to the various horrors of the applachian wasteland. she does not trust people easily, and is constantly on guard for any new threat that could appear. it takes a lot of time and patience for avery to start trusting anyone new, because he has repeatedly been shown that too many people post-war are more than prepared to backstab and take advantage of anyone else.

they can easily get aggravated, and will get angry if whatever annoys him persists. he is incredibly deadpan and blunt, but she tries to be kinder to the people they care about. he is very protective of her allies and companions, and will make sure they're okay if anything seems wrong.